Ghana has become the first country in sub-Saharan Africa to to successfully eliminate trachoma eye disease as a public health problem. The achievement was announced in a congratulatory message by the World Health Organization (WHO) on June 13th 2018, some two decades after a commitment from the World Health Assembly to tackle the blindness inflicting scourge. Ghana’s Minister of Health Mr Kwaku Agyemang-Manu in a statement conveyed gratitude to staff and the many partners who contributed effort towards accomplishing the feat.

Trachoma is an infectious eye disease and leading cause of blindness, caused by the bacterium Chlamydia trachomatis and spread from person to person, particularly in crowded conditions where there is water shortage and poor sanitation. Of the 21 million active cases worldwide, Africa accounts for 18 million (85%) with Ethiopia and South Sudan having the highest prevalence of active trachoma. About 2.2 million people globally are visually impaired as a result of trachoma and an estimated 1.2 million of these are blind.

Trachoma is still a public health problem in Nigeria, particularly Northern Nigeria where prevalence figures of up to 17.5% have been recorded among children aged 1-9 years in Kano State.

The WHO asserts that “elimination of trachoma is inexpensive, simple and extremely cost effective, yielding a high rate of net economic return“. And because of this, the WHO in 1996 launched the WHO Alliance for the Global Elimination of Trachoma by the year 2020 (GET2020).

Stay Up To Date 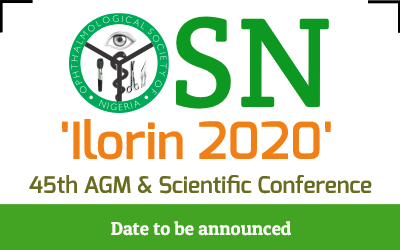