On behalf of the Rivers/Bayelsa branch of the Ophthalmological Society of Nigeria (OSN), I warmly invite you to the "GARDEN CITY", Port Harcourt for the 41st OSN Annual General and Scientific Conference holding between the 23rd and 27th of August 2016.
There will be specially packaged pre congress courses and opportunities to participate in the ophthalmic care of the citizens within the area.
Your scientific contributions will also certainly enhance the quality of the meeting, so please do send them in on time to bassief@gmail.com and copy komolafer@yahoo.com.

Theme: Technology for Ophthalmic Care in the Developing World
Sub theme: Rehabilitation of the irreversibly blind:the role of IEC

I urge you to make a point of being part of this conference as every activity is geared towards maximum exposure to improve our practices. Our traditional warm riverine hospitality will be in full display. We look forward to receiving you.
Thank you.

Please navigate through the conference highlights menu on the left.

The OSN 2016 congress will feature:

Abstracts relevant to the conference theme, as well as free papers should be submitted using the following format:

Abstracts should be submitted to the chairman of the scientific committee:

Deadline for submssion of abstracts is: 31st March 2016.
Any abstract not received by the deadline will not appear in the OSN book of abstracts. 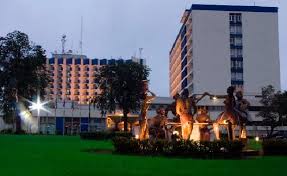 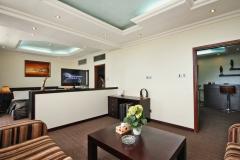 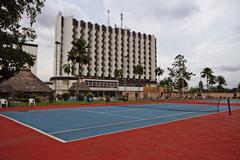 Port Harcourt City is the capital of Rivers State, Nigeria.
It lies along the Bonny River in the Niger Delta region. It is referred to as the Garden City because of its numerous avenues and ornaments and is called 'PH' by local residents. Port Harcourt was founded by Governor-General Lord Lugard in 1912 but named after the then British Secretary of State for the Colonies, Sir Lewis Viscount Harcourt in August 1913.


With a population of about 2.7 million, it is the hub of the Oil and Gas Industry in the country, housing almost all the major Oil Companies in Nigeria. It is the 5th largest city in Nigeia, attracting people from all over the country because of its bubbling economy which apart from oil and gas, also includes manufacturing of rubber-based products, food processing, paints and metal work, and agro-based businesses such as fishing, farming, logging and timber processing.


Port Harcourt is home to many governmental organizations such as the Nigerian National Petroleum Corporation (NNPC), Port Harcourt Refinery, Eleme Petrochemical Industry and Nigerian Ports Authority (NPA) etc. It has a very busy Seaport and Onne Oil and Gas Free Zone and not too far from Port Harcourt is the Nigeria Liquefied Natural Gas (NLNG) Company in Bonny.


Port Harcourt is also home to many international 5-star hotels including Hotel Presidential (venue of the conference) and Le'meridien-Ogeyi place smong others.
For lovers of seafood, your visit to Port Harcourt cannot be complete until you have visited the bustling Creek Road market where you can buy all kinds of seafood including fresh and dried fish, prawns and periwinkle (locally known as 'isam' oor 'ngolo'). These are delicacies in the state. You must also try our 'native soup' eaten with a choice of 'fufu', garri, wheat and so on. There is also 'onunu' (pounded yam and ripe plantain) for those who dare venture to the Riverine Communities. For your nightlife, do not forget to seek out the popular Hotel District with its hub on Abacha Road, GRA Phase III.

Payments must be made into the LOC account no later than 20th June 2016.
Account: OSN Local Organizing Committee, Zenith Bank, 1014493961

Let us know what you think.